A time to be honest

To the Mayor of Chesterfield

Copied to: Chief Executive, Dr Huw Bowen, Cllr Simmons and Cllr BrittainDear Glenys,As you know I sent my apologies to the formal mayor making, procession and service at St Mary and All Saints Church. As you know I stand in the open market on a Thursday and a Saturday and this usually conflicts with the procession and service.  Accordingly it has been easy for me to send my apologies and absent myself as a councillor.However, as a friend and out of a desire to be honest I feel I should write explaining my true reason.In 2013 the law of the land was finally changed to enable two people of the same sex who love each other to marry each other (this took effect on March 2014)..  My life partner and I took advantage of that and duly married that year - indeed we had a religious wedding in a Unitarian Chapel. I was closely involved in the passage of the bill and am more than a little aware of the resistance of the Church of England to the bill and indeed to the debate.  This was not universal to the Church and there are many good friends of mine who fight for acceptance and reform of the Church of England from within. However, the position of the Church and indeed the Bishops remains that it is opposed to LGBT+ marriage equality.  Indeed, several gay friends who are clergy within the Church who have married their same sex partner have had their license to lead worship withdrawn.  This has only been enabled because the Church of England is, astonishingly, exempt from aspects of the nation’s employment law as it affects equality.I’m afraid that whilst Chesterfield Borough Council holds its act of worship and blessing for the Mayor of the Borough in an institution who does not accept nor recognise my marriage then I cannot attend. It would be hypocritical of me, appear to be attendance for the sake of it and that would not sit easy with my conscience. I am not prepared to sideline the LGBT+ communities of the Borough, my own inclusive faith, nor my marriage in this way.Accordingly I am writing this by way of explanation and as an apology to you. I am copying in former Mayor’s Cllr Gordon Simmons and Cllr Stuart Brittain so they too hear this apology and understand why I have on each occasion been absent.I would suggest that the time has perhaps come for Chesterfield to consider alternative venues and indeed even other faiths - that each Mayor might choose.  I even suggest that a secular venue might work, or that the ceremony be solely ceremonial.  But whilst it remains a service, led, rooted and hosted by a Church that rejects me, my marriage and actively removes members of my community from within its communion I will not be able to attend.Yours sincerelyEd FordhamLiberal Democrat councillor for Brockwell

Thank you for the huge support we are getting for my purple poppies campaign https://www.bbc.co.uk/news/uk-england-derbyshire-58977830 And  ... 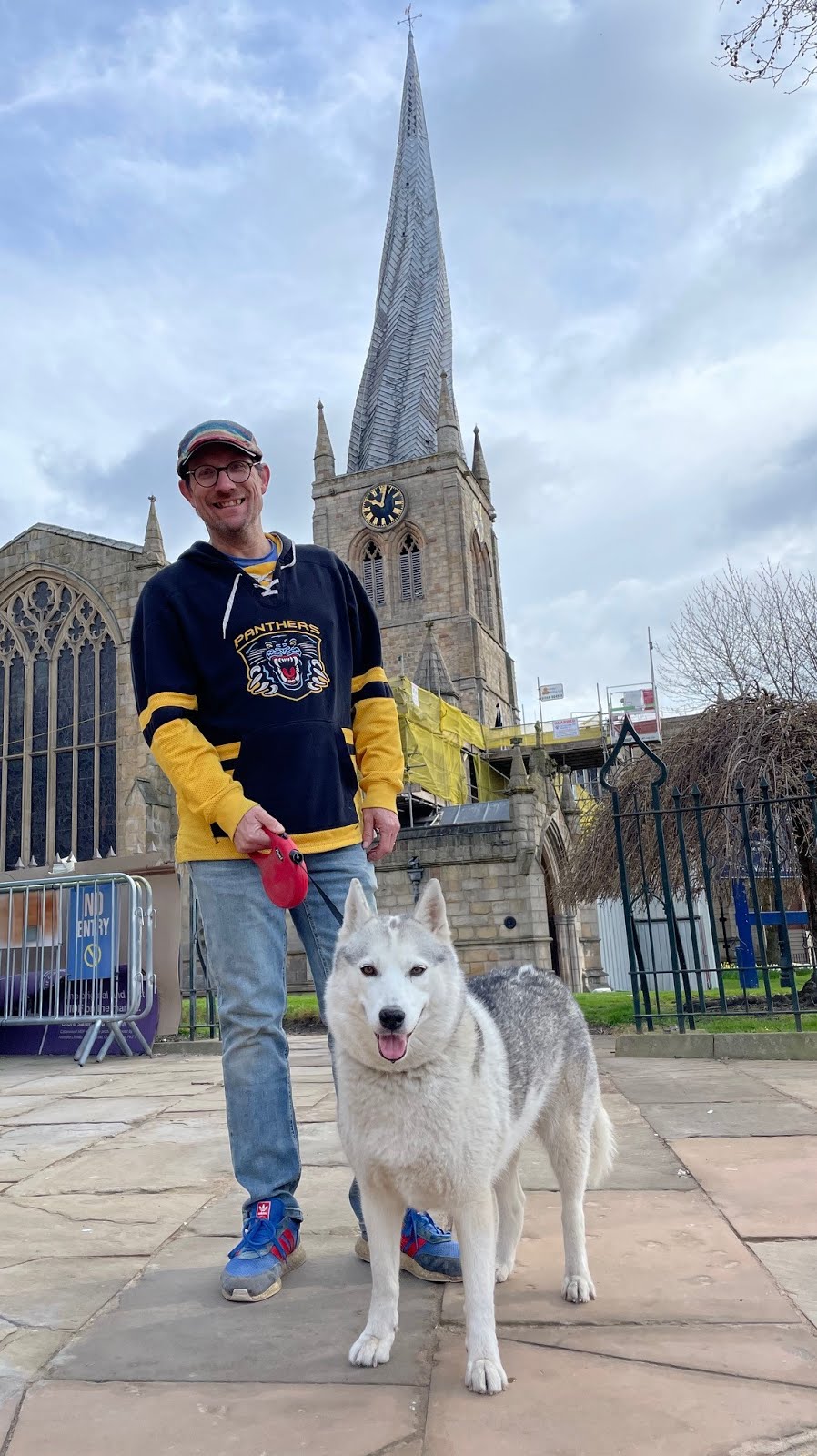 Ed Fordham and Sparky the husky outside St Mary's and All Saints Church, Chesterfield.

Ed Fordham is the Councillor for Loundsley Green and Newbold on Derbyshire County Council, and Brockwell on Chesterfield Borough Council. He leads the Liberal Democrat group on Derbyshire County Council. Ed runs the Brockwell Books market stall on Chesterfield's impressive marketplace on Thursdays and Saturdays where he sells second hand books and antiques.

"I have a keen interest in local history and in local news. I am often found out and about, sometimes with my husky, Sparky, who came to us from Chesterfield RSPCA. I am impatient for concerted on the environment. I also often wear a cap."